PINC.13 Speakers - Brilliance in the Middle of Nowhere 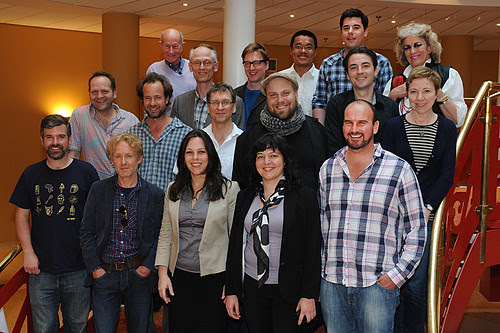 PINC goes from strength to strength because organiser Peter van Lindonk is the ringmaster of a circus of fascinating ideas and performance. That's not surprising because as well as having a heritage in publishing, he has also been the ringmaster at the Carre Circus in Amsterdam. This was the line-up of speakers at the 13th PINC held on May 22nd 2012.

PINC is a sort of one day TED - always designed to surprise but also inform. It is world class in the talent that it brings together. But it is also very different from TED because it mixes local (Dutch) talent with the world class speakers. This is NOT a conference. It's a produced sequence of performances and talks with minute attention to detail. There's always a nice blend of the arts and sciences, funny and sad, light and dark. Which is why it works.

It reminds me of Poptech. Why hold it in Zeist (near Utrecht) instead of Amsterdam or the Hague? Because Zeist has a great theatre (Hotel Fiji) and a castle, but no other distractions. PINC is not something you dip in and out of. I wonder when the local authority in Zeist will discover the magic going on in their own backyard? PINC 14 is scheduled for May 14th 2013. Make a note of it.
Posted by Jonathan Marks at Wednesday, May 23, 2012