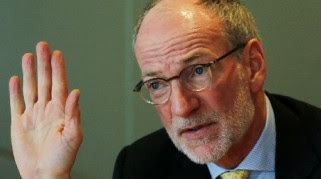 I wish there was this kind of considered conversation in the Netherlands, where the knives are out for all levels of government-financed public service broadcasting. At the moment the commercial networks and newspapers are firing weak potshots at the pubcasters (you're distorting the market, you shouldn't be active on the web)- yet winning because the public broadcasters are simply blaming somebody else instead of tackling the arguments head on. National and regional public broadcasters don't actively co-operate because there doesn't seem to be much respect between the two. And there's never been much respect between commercial and public services broadcasters, I'm afraid for good reasons on either side. Like two people going through a trial separation.
Posted by Jonathan Marks at Thursday, May 24, 2012