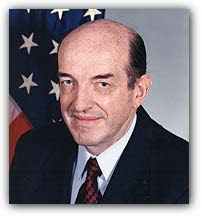 Not often you see information "in the public interest" on US commercial TV channels. Broadcast Engineering reports that FCC commissioner Michael Copps last week called for the crafting of a new definition of public interest for the 21st century to breathe “new life” into the obligation of broadcasters to serve the interest of their local communities.

Copps offered his remarks on Jan. 24 to the Henry J. Kaiser Family Foundation in Washington, D.C., on the same day the foundation released results of a study that found broadcast and cable stations on average donated 17 seconds per hour to public service announcements — or one-half of 1 percent of all TV airtime. The Kaiser Foundation is well-known in supporting health awareness projects both at home in the US and around the world.

“It’s time to tell broadcasters what we expect to receive in return for their free and exclusive use of the public airwaves,” Copps said.

Although many run public service announcements and provide “the kind of local news and information that is what the public interest must be primarily about,” Copps said there needs to be greater accountability on the part of broadcasters when it comes to meeting their public interest obligations.

That will require “an honest-to-goodness licensing process at the FCC,” he said. “It is time to greatly shorten the license period and to make sure everyone understands that serving the public interest means specific public interest guidelines, obligations and accountability,” he said.

Although the commission’s Localism Notice of Proposed Rulemaking released in December 2007 didn’t go far enough in the view of Copps, it opens an opportunity to lay the groundwork for “some real public interest protections in the hopefully not-to-distant future.”

“The time is coming in our country, I believe, when the hopes of millions of Americans for an end to the media madness of the past quarter century can be vindicated and when real honest-to-goodness public interest considerations can begin, at long last, to set the direction of our broadcast media,” he said.
Posted by Jonathan Marks at Saturday, February 02, 2008