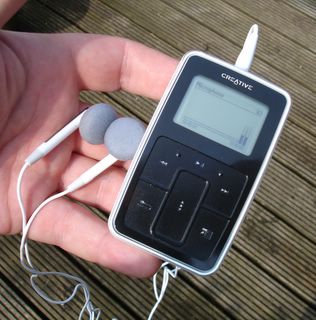 So how many listeners do Podcasts really have?

I think many Podcasters are deluded by the hype into thinking they have millions of listeners.

Many news sources are quoting the results of the Pew Internet and American Life Project that was released on Monday. Pew's research information included this statement:

Some 29% of the 22 million people who own iPods/MP3 players have downloaded podcasts. That represents more than 6 million people.

Ahem....I think Pew have got their definitions wrong. If I download the Today programme on BBC Radio 4, I have downloaded a broadcast. If I subscribe to any piece of audio designed to be played on a desktop or portable player, you can argue I am picking up a podcast. Sounds like the same sort of confusion as when people were asked if they listened to "cable radio". 80% in Holland said yes. Turned out they had a radio - and it had a cable on it - the power cable. It wasn't connected to the cable at all.

Techdirt says the research director behind the study clarified that the study actually asked people: "if they had ever downloaded a podcast or radio Internet program." So, out of 200 people [who were interviewed], they got 60 to admit that they had maybe at some point downloaded an internet radio program (which is not necessarily the same thing as podcasting) -- and from that they put out a report with the headline that "6 million American adults have listened to podcasts." Remind me not to recommend Pew to clients as a trustworthy source.


But are there real stats coming out about Podcasting? Yes. NASA has published figures. IT Conversations is going open source. Many podcasters are vague when it comes to mentioning audience figures, or downloads-per-show. I think it is in the region of 30,000 downloads per show for the popular ones, down to just a few dozen for most of them. Some people seem to forget that you are only as good as your last show...if it bites....so will the figures. So how is NASA doing? Between its December launch and the end of February 2005, listeners accessed the Science@NASA podcast more than 360,000 times. That compares well to subscriptions to science magazines in the store (between 15,000 and 60,000 readers depending on the country).

I disagree with the remarks that audio quality and presentation don't really matter, so long as the content is good. Whilst I think that authentic voices clearly have an edge on the over-polished radio presenters, I do appreciate someone who has taken the time to craft their podcast...too much of the "slice of my life, uncut and unedited" is as exciting as watching paint dry.
Posted by Jonathan Marks at Wednesday, April 06, 2005