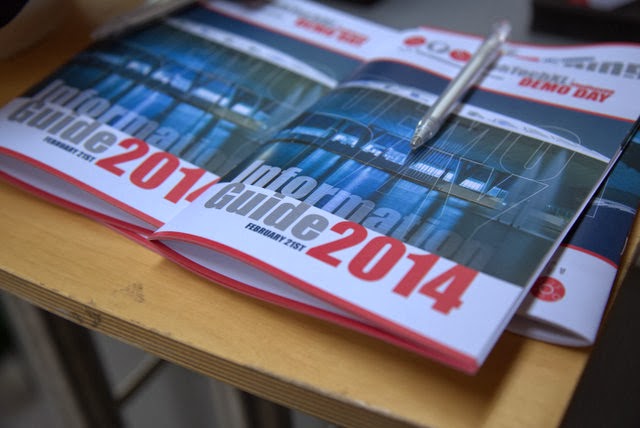 Just sorting through my photos from the Startupbootcamp HightechXL demo day. Ten young teams took over the Evoluon World Conference Center in Eindhoven, the city where 100 years ago the Philips company established its research and production centre. I've been following the progress of this accelerator for several months to learn how they do things differently in the South-East part of the Netherlands.


The Evoluon is still a magic location. Dating from 1966, it comes from an era when people though the future was a bit like the Jetsons cartoon series. Frits Philips originally commissioned the flying-saucer shaped building, as a venue to share the story of science and technology, as seen through the eyes of one the largest electronics companies of its day. Today, the static exhibitions have long since gone, just as the era of "science museums". Evoluon is now a centre for very vibrant conversations. 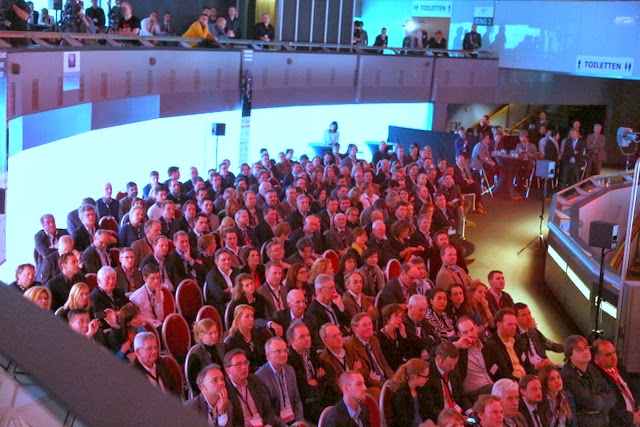 I really like the unconventional design of the Evoluon. Yes, there is a big stage in the middle. But there's also a side stage which actually gives a bigger impact with three levels of audiences on the side and down below. It works because the sound system in the place is crystal clear, so words have impact they deserve. Eindhoven has been home to the largest radio factory on the planet. Its also where international broadcasting started in 1925 and where the final push to liberate Holland from Nazi occupation began in 1945. The city is definitely where ideas are born. And the place keeps re-inventing its future.

It has to. Because everything is changing at an exponential rate, especially in technology.

I believe we've just witnessed the kick-off of the next stage for the region, as various ideas and plans come together from entrepreneurs, investors, government and academics. I think you need all four to make it happen. The question has been, who takes the lead?  For many years, it has been left to government departments to operate incubators and stimulate innovation. It took rather too long for people to realise that the local chamber of commerce is not the place where entrepreneurs hang around to build a world changing company. The civil servants may know the rules of business, but they never tried to apply them to build their own company. I note that as from January 2014, the Chamber of Commerce has wound up its Syntens Innovation Centres. I believe that was the right decision.

Entrepreneurs have replaced government in taking initiatives. One of the leaders is called Startupbootcamp HightechXL, the world's first accelerator dedicated to hardware startups. From offices on the Hightech Campus Eindhoven, the three founders Guus Frericks, Eric van den Eijnden and Patrick Gabriels have built a different formula to help high-tech startups. Because building a global business strategy for the realities of the 21st century demands a new approach. They have taken the lessons learned from great programs like Techstars, Singularity University, Business Model Canvas and the Lean Startup Methodology. But they have also shaped the program to match the very different needs of companies building hardware solutions to change the lives of millions of people on the planet.


What did they alter in the HightechXL hardware accelerator?

- The companies chosen for the program are further along their journey than the average web-app software company. You need to show you've built a working prototype - and that you are testing these business ideas with real customers. Hardware developers have a tendency to spend too long in the lab. And, as many discover, that can kill a brilliant idea. Because no business model has ever survived the first contact with customers. So fail fast, pivot, regroup, rethink and work on Plan B.

- Access to capital. Forbes Magazine and the Financial Times have all recently spotting that the Dutch province of Noord Brabant (and Eindhoven in particular), have huge potential in the next five years. Eindhoven came third in the overall ranking of investment climates, just behind London and Helsinki. The city was the highest new entry for any city in the Netherlands.

The teams at Startupbootcamp HightechXL were each raising between 1 - 5.5 million Euro. You can't do that with just a strong Powerpoint deck. So it was backed up with a detailed Investor Memorandum. As well as a technical prototype. That's more important than a glossy brochure these days. And that approach works. Some of those millions were put on the table as a result of the efforts in Eindhoven last Friday.