Surprised that the audience figures to LeWeb seem to have tapered off towards the end of Day 2. Just 51 other people watching the presentation by Brian Shul on how, despite a horrific accident, he flew the fastest jet in the World at Mach III and 75,000 feet. He was different in that he was one of the few people to take photos of this top secret plane. 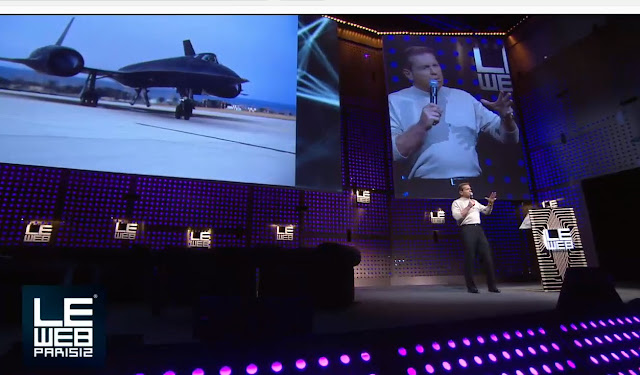 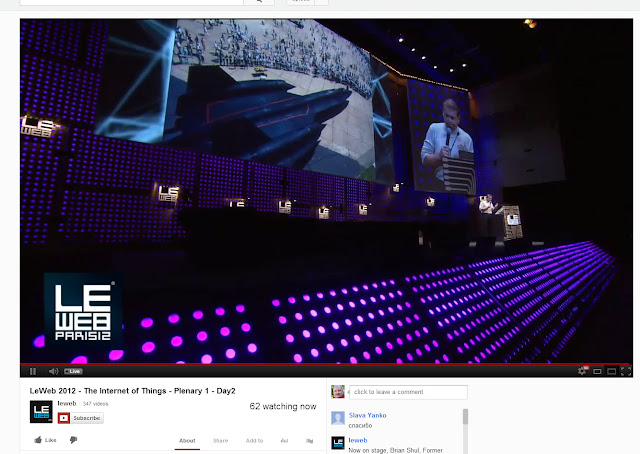 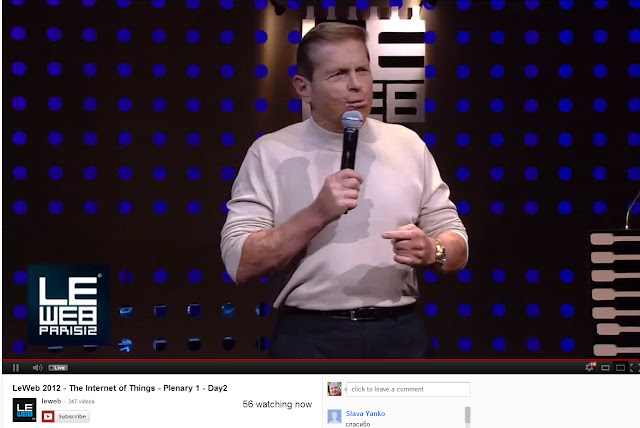 The day ended with a message from Digital Agenda boss Neelie Smit Croes who is clearly concerned about the brain drain in ICT and High Tech away from Europe towards Silicon Valley. It's all going West! She says she is open to suggestions as to how a portion of a 100 million Euro fund can be used to stimulate entrepreneurship. She seems impressed by the makers of Angry Birds who visited their offices in Brussels.

Email ThisBlogThis!Share to TwitterShare to FacebookShare to Pinterest
Labels: #leweb2012