Thoughts on Shortwave and the BBC Cutbacks 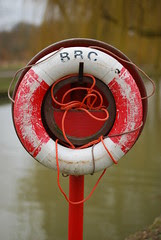 BBC lifebelt
Originally uploaded by charlieinskip
I think the BBC World Service is a wounded tiger.. It has been forced to refocus faster than planned, but that shift towards video was inevitable. Shortwave audiences are plummeting and with oil at over 100 dollars a barrel (and destined to go higher if Saudi Arabia goes the way of Egypt) it becomes purely a medium for last resort. The BBC said last month that the cutbacks would mean the loss of 30 million listeners to its service. But the closure of the 5 language services only accounts for a tenth that loss. I asked the BBC Press Office for clarification on where the rest came from. They came back with this retort.

Alongside service closures, there are also closures of complete platforms and cuts in our distribution. Here's the press release which gives full details.

Bearing in mind the population of these areas, the shortwave audience turns out to be tiny. That comment about Swahili being on medium wave is nonsense..never been on mediumwave. I think they really mean Arabic, and that seems to be unaffected.

SW makes perfect sense to areas as a medium of last resort - Somalia, Burma, Eritrea, Ethiopia- about 8 countries in the world. But elsewhere, keeping transmitters on the air in case the government cuts the Internet has become a luxury few can afford. And in areas like the Middle East, they were never great shortwave listeners to start with. Al Jazeera has done pretty well without making any radio or using HF. Shortwave for Arabic only really makes sense for the camps in Dafur, Sudan.

The BBC WS still has 26 language services and will regroup to fight another battle. It will become stronger if its funding allows it to become a true cross-media broadcaster. And that means using the best mix of media to reach the countries chosen. What's the message, what is the audience using, then select the platform mix.
Posted by Jonathan Marks at Thursday, February 10, 2011

And then when the winds came to Australia's NW... that country's government requested Radio Australia to transmit special programmes on SW to that region as local broadcasters were affected and unable to transmit...