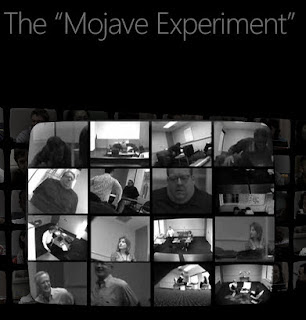 I use both Windows and Mac platforms. I have a lot of useful applications running on Windows XP that will not come out for the Mac. I see no reason to abandon them. I used to be a Mac fan in the 90's, but Apple Netherlands left me high and dry with a couple of important multi-lingual projects back then. The Apple business centres in the Netherlands were full of sales people who has never used the applications I was interested in - and were simply copying the US advertising copy that Mac was so easy even a managing director could use it. When one dealer turned up with an Apple Newsroom system I personally threw the salespeople out of the building for time-wasting, saying I had never seen such an arrogant method of promising nothing. If they didn't leave within 15 minutes, I was going to call security.

I switched to the Windows 95/98 line, along with the rest of the company. Regrets? No.

Fast forward to 2008 and I face an upgrade dilemma. Too many apps in Windows XP have no drivers for Windows Vista. I have a Mac for one thing only - video - both editing and video integration into Keynote is brilliant.

Now Microsoft is trying to persuade me to upgrade to Vista using one of the least authentic campaigns I have ever seen. It reminds me of the defunct TelSel TV commercials with those interviews with people praising car polish or fitness equipment to the skies. They don't work because they are not believable. It might work for soap. It doesn't work for technology. The minor differences that Vista offers to XP users are not even going to be noticed by the group of people in the "interviews".

Why not spend the US$300 million dollars ad-money on making it easier to upgrade - one time crazy offers to take the plunge? This is what Apple should have done when they switched from Apple IIe to the Mac line.

But this way is simply not authentic. So it won't work. Apple needs a competitor. But not like this.
Posted by Jonathan Marks at Wednesday, July 30, 2008

Email ThisBlogThis!Share to TwitterShare to FacebookShare to Pinterest
Labels: "Mojave Experiment No"