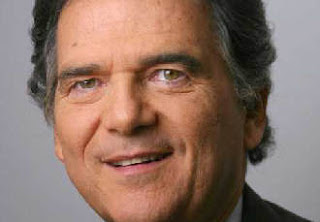 From the outside, it looks like France 24 has, in effect, taken over Radio France Internationale, the international broadcasting radio service. France 24 is barely 18 months old and is a combined TV and Internet operation running in 3 languages. RFI has been around a lot longer, but is definitely more of a traditional radio network.

The chairman of France 24, Alain de Pouzilhac, has now been appointed the President of RFI. There has been talk of combining several of France's external broadcasters - looks like it has become a reality. Unlike his predecessors, Alain comes from the commercial world, so it will be fascinating to see what changes he makes at RFI, which is a classic state-financed broadcaster. Just compare the website of RFI with that of the commercial mobile/broadband operator Orange. I have been installing software for use on a French laptop that is off to Benin next month. The feeds from Orange are easy to use and configure, sitting on the Vista desktop. Good luck with the puzzle surrounding RFI audio.

He was born in Sète in the South of France on the Mediterranean coast in 1945. A self-made man, his entire career has been pursued in communications.
He has been in the advertising business since the age of 23 when he joined Publicis as an assistant account executive in 1968. A year later, he joined the newly established Paris DDB office and remained there until 1975 as an Account Supervisor. In 1976, he joined the Havas Group and was appointed Chief Operating Officer of the sixth French agency, Havas Conseil. In 1982, he became Chief Executive Officer of the company and developed Havas Conseil in Europe, which became one of the top five leading European networks and the advertising agency leader in France.
HCM became the first advertising network in Europe and featured among the leading ten in the world. In 1989, Alain de Pouzilhac was appointed Chairman and Chief Executive Officer of Eurocom.

By the beginning of the 1990s the celebrated merger initiated by Alain de Pouzilhac between Eurocom and RSCG paved the way for a truly global network, Euro RSCG Worldwide of which he was nominated Chairman and CEO.

In December 2005, he was appointed CEO of the Chaîne Française d'Information Internationale ("CFII"), which later became France 24. In his spare time, Alain de Pouzilhac is very keen on sport, particularly football (soccer), tennis, rugby and yachting. He is married to Carole and has three children.
Posted by Jonathan Marks at Wednesday, July 02, 2008