Is there hope for hyperlocal news? 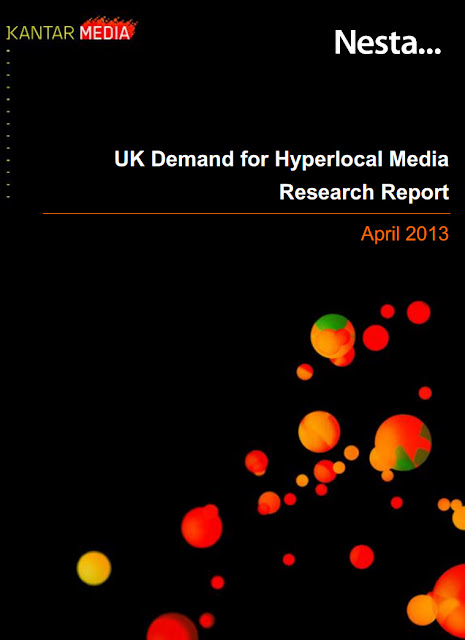 I am fascinated to compare the media in local communities like the Netherlands with those in the UK. Local newspapers in the Netherlands are dying, being replaced with websites which, as far as I am concerned, are rather useless. That's because they focus on what just happened (usually a traffic accident or a murder) rather than looking ahead to what's coming up that might interest me. www.dichtbij.nl is struggling, especially because it so dependant on volunteers. They can only do event journalism. There is no-one taking local politicians to account. Local community radio exists, but it seriously underfunded to take on this task. So things just muddle along.

Meanwhile in the UK, I am watching the role out of community TV (which I think is going to be a disaster in most areas - a much too expensive business model which assumes that TV is the first screen people use for local news). Hyperlocal websites (which also serve mobile/tablet readers) have a far better chance. Nesta has just published a report in the UK from which they conclude:

The majority (66 per cent) of adults in the UK are interested in news and information about
the immediate area in which they currently live. Overall, 45 per cent of UK adults (53 per cent
of those with internet access) have (ever) accessed some form of hyperlocal media. Among
those who use the hyperlocal media sources listed in the survey, at an overall level, one-third
use them every day (34 per cent) and a further one-third on a weekly basis (33 per cent).

The definition used in the survey for „hyperlocal media‟ was a broad one, designed to capture the use of  any local area news or information that is viewed online, either via a computer or laptop, mobile phone or tablet. This also captured hyperlocal media use across multiple locations, including the immediate area in which people live, the area where they work, an area where they may have
previously lived but no longer live and areas people are visiting.

Those with internet access and with devices such as mobile phones, computers or tablets
are more likely to be ‘very interested’ in local news and information. Compared to those who
do not use hyperlocal media, a greater proportion of hyperlocal media users have internet access.
Use of hyperlocal media has been stimulated by the increasing take-up of connected devices.
Overall, nearly two-thirds (66 per cent) of those who use hyperlocal media use a device such as a
mobile phone, computer or tablet to access hyperlocal content at least on a weekly basis. Those
who use smartphones and tablets are the most likely to use them on a daily basis (twenty-nine per
cent of users of each device use these to access hyperlocal media every day). Those who are using
mobile phones that are not smartphones access it far less often, with three-quarters not using their
phone at all to access this kind of information. Over one-half (55 per cent) who state they use
hyperlocal media more now than two years ago said this was due to them getting a smartphone and/or a tablet.