Steve Blank was in China for a week to promote the Mandarin language version of his Startup Owners Manual. But he's writing a fascinating series of blogposts on the trip, which also examines how Beijing has moved ahead so fast, to the point where it is rivalling Silicon Valley.

The diagram below from OECD’s Report on China’s Innovation Policy puts the ministries involved in science in context. (Note that it does not show the military technology ministries.) 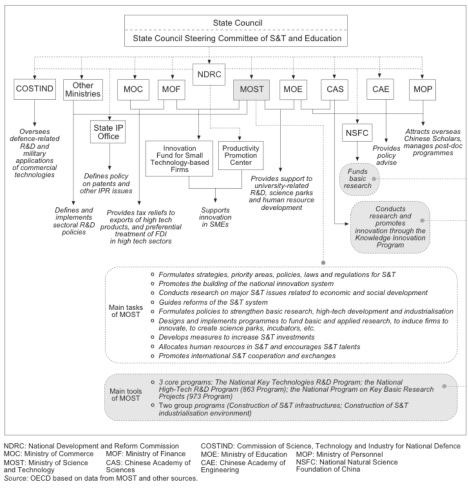 I encourage you to read the article in full. I'm looking forward to this tales of the China’s Torch Program, the largest government-run entrepreneurial program in the world.