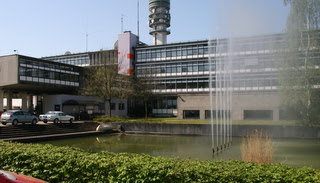 The Dutch cabinet has just issued a 39 page letter to parliament explaining its plans for drastic changes to Dutch public broadcasting, regional, national and international. There’s a parliamentary debate on June 27th. The detailed report from the external consulting firm that’s being doing the math for the Ministry will only be released on the 24th. My guess is that no-one’s going to read that in the detail it really requires. The debate will therefore be based on what’s already in the Minister’s letter. So let’s look at some of the detail as it affects, The Netherlands' international broadcaster Radio Nederland Wereldomroep. Note that I interpret the text in the Media Letter 2011 in a different way to the headline writers at the Netherlands Ministry of Culture. The devil really is in the details, not in the press releases.

The Netherlands cabinet has decided to follow the lead of Scandinavian countries. It is proposing to dismantle and wind-up its international broadcasting foundation. Radio Netherlands Worldwide will cease to be statutory broadcaster under Dutch Media Law by 2012. The organisation has €46 million for this year to make programmes in 10 languages. It will probably get around €10 million next to wind down its operations completely, sell any assets it owns (like the building in Hilversum and the relay station in Madagascar currently being fitted out with refurbished transmitters). The relay station in Bonaire, Netherlands Antilles is already slated for closure.

According to the letter, before being shut down in its present form, the Dutch government will take away two elements of current activities from Radio Netherlands Worldwide which will continue
.
·      The BVN channel, a satellite TV channel targeting Dutch speaking abroad and partly financed by the Flemish. This is a low-budget compilation channel. In my view, this service should be put out to private tender so that the channel can provide a mix of commercial and public service content rather than the restricted mix it has now. It’s a niche service which has proved its worth in the last 15 years of its existence, a model that other countries like France just don’t understand.
·      The other service to be cherry-picked away from RNW is the Caribbean radio and web service (which also targets Surinam). They provide an information bridge to the remains of the Dutch Realm. I wonder if they will move in with another national broadcaster or whether it’s a better idea to broadcast out of Rotterdam. The bridging function is so important. You can’t do that in Hilversum.

Thanks But No Thanks.


In a press conference on Friday 17th June, Prime Minister Rutte basically thanked Radio Netherlands for their efforts so far, but concluded that national image building abroad and calamity services are being done by others already. This form of public-financed publicity is a luxury the Netherlands can no longer afford, partly because it’s so difficult to independently measure its effectiveness.

According to the Media Letter from the Netherlands Ministry of Culture some activities currently done by Radio Netherlands, connected with press freedom may continue in 2013 as part of the Ministry of Foreign Affairs. This Ministry is keeping very quiet as to just what those activities will be, what form they will take, and how much money is to be made available.

The Netherlands Ministry of Foreign Affairs is already funding several other organisations outside Radio Netherlands that are involved in contributing to press freedom in other countries -  Voice of the People for Zimbabwe, Radio DaBanga for Sudan are some radio examples, but a lot is going on with special websites and even mobile projects. Many of these are focused projects with a beginning and (when no longer needed) a point where they end. I can’t see the Foreign Ministry forking out €10 million a year for one particular sector, when the budgets for activities in other sectors (like public diplomacy) are in a totally different league.

A clue to the future activities is the declaration by the Netherlands Government that it supports net neutrality, being on its way to become the second country after Chile to put this into law.


Net neutrality advocates have been calling for legislation that would ensure people get access to all Web content equally, while Internet service providers (ISPs), including BT, KPN, Sky and Virgin Media prefer a two-tier model, charging for services like Skype which are currently free. The deep packet inspection proposal by KPN Mobile caused a huge scandal in the Netherlands. This legislation is a huge selling point for companies planning media activities based in Western Europe.

The US and UK governments have already commissioned development of mobile and web technologies to get around firewalls, keeping access channels open in areas where autocracies are trying to isolate their people. Hate media didn’t stop in Rwanda in 1994. It is alive and killing in several other countries today, spreading rumours. It’s just off the global media’s agenda.

So I expect the Netherlands Ministry of Foreign Affairs to come up with more projects in 2013 to encourage digital freedom in selected countries. These new projects will both improve technical access for citizens as well as empower the voiceless to get their story heard, either in their own country or by the international community who cares. It will be assisting others with their programmes rather than making programmes for others. It's the YouTube approach. Create space and the locals will fill it.

Remember, all this is before the parliamentary debate on June 27th 2011. What really happens next will become clear after then. Radio Netherlands personnel have announced they will organise a large manifestation in the Hague on the day of the debate in order to try and reverse what the cabinet is proposing.
Posted by Jonathan Marks at Saturday, June 18, 2011

Exactly which institutions are involved in Dutch "image building" other than Radio Netherlands? That fact that I can't think of any is one of the reasons RNW should continue.