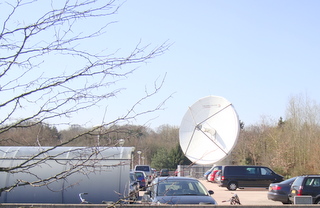 Innovation is a culture in any organisation not a department. It looks to me that innovation is doing well in the smaller commercial production companies in the Netherlands. But they are mainly targeting the small Dutch market with entertainment programmes.


Meanwhile, Dutch public broadcasting is going through a creative collapse while it tries to re-organise itself. It will be at least 18 months before any form of a culture-of-innovation returns to the media park in Hilversum. I don’t think the creative sector should or can wait that long.

The umbrella organisation, NPO, looks like it has decided to innovate purely in the distribution and aggregation of content, and leave the content innovation to the broadcasting organisations. Yet it’s going to be extremely difficult to explain to content partners why they need to change to adapt to changing media usage. I get the impression that there's a bit of analogue backlash going on. Radio audiences look stable or slightly growing, but the total figures mask the gradual defection by younger listeners. A lot of the audience and technical research that NPO does is presented in a form that creatives simply do not understand. Tables, graphics, statistics but no conclusions as to what formats are working and why. Without a proper context, there is no communication between NPO and the broadcasters and therefore no discernible progress. Broadcasters need  much clearer understanding of the life-cycle of content, delivering a following before transmission, not waiting until after. They also need an exit strategy on social media platforms when the series comes to the end of its planned life-cycle. There are too many public-funded websites hiding under the omroep.nl umbrella which have long since been abandoned by both producers and users.


The commercial production companies, on the other hand, do understand how to entertain the public. Holland has long since been the test market for music, games and TV entertainment formats. Must be a cultural thing. For some reason, if it works in Holland, it works in both Anglo-Saxon, Slavic and Latin countries. The commercial sector has decided that the audience is in fact the product. All they have to do is deliver the right profile to the advertisers. And the larger commercial companies like Talpa and Endemol understand their audiences like no other.


That's beginning to dawn on the smaller companies. It's noticeable that they're doing this through a network of companies based in Amsterdam, abandoning hard-to-commute-to Hilversum for what it is...simply a studio and playout centre.


The Dutch gaming industry is also trying to figure out its future. The Dutch are active gamers - even during a recession they are expected to shell out 650 million Euro this year for games and the necessary hardware. But, partly because game development seems to be spread over several cities, rather than concentrating on building a hub, Dutch developers and publishers will only grab up to 150 million of that lucrative market. In my experience, Dutch companies are behind in understanding the possible business models, everything is focussed on marketing and there's too little time and money available for R & D.  It's only now that its becoming cool to work with other people in the creative industries, like designers or drama producers. But local entrepreneurs must move from being first class to being world-class if they want to surpass the rising stars in other European countries, Korea and the US.


But while there is light at the end of the tunnel for the entertainment sector, I believe that those producing factual programmes and documentaries are falling even further behind their colleagues in other European countries. Most of Dutch public broadcasting is focussed on the network identity or a programme brand, which is why navigation on their websites is getting worse as more and more content is piled on. Just try and find something broadcast last Monday if you can’t remember the name of the programme. Everything is for the moment. The industry has a memory of not more than one season.


So, when it comes to the journalistic side of public media, I think Dutch public broadcasters should be trying to emulate the Huffington Post approach to social media rather than what I see, for instance, on 3FM’s Social Radio experiment. I recently put the UK and US about 3 years ahead of the Netherlands in terms of creative development. When you mention this, you're met with very defensive looks.


It's not clear to anyone abroad why you should make your distribution headquarters in the Netherlands. Which probably goes some way to explain why the Dutch Media Hub isn’t working. Endemol and Talpa don't need it. The multi-lingual production talent once found in call-centres in the Netherlands has left for other countries, like Ireland. Why would a Danish producer come to Holland to use the facilities when they're  just as cheap at home? There used to be all kind of advantages with VAT, but those days are gone.


It's the nature of Dutch culture that things have to go really wrong before there is significant improvement. We'll see what survives on this cycle.
Posted by Jonathan Marks at Monday, June 13, 2011