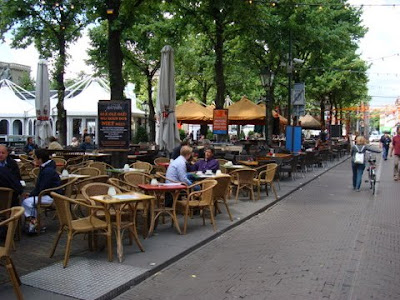 Major debate on the future of public broadcasting in the Netherlands. That something needs to change is clear from the reports that were published last week. It shows that despite the claims that public broadcasting is the cheapest in Europe, it is a long way from being the best. Lots of money being spent in the wrong places like marketing and reinventing technical things already tried and tested elsewhere in Europe.

What concerns me the most is that the public have never been part of the discussion in the Hague, nor will they be in the future. The public voice is only represented by those who choose to pay 15 euro to become a member of a broadcasting society like the VARA, VPRO etc. There is no mechanism, like a BBC Trust, where citizens can react on and influence decisions made at the NTR, NOS and NPO.
Posted by Jonathan Marks at Monday, June 27, 2011