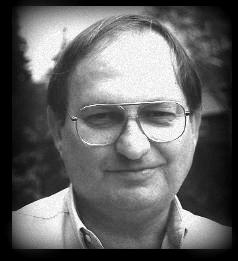 Sorry to receive a notice in the post today that engineer and tech journalist Willem Bos has passed away in his sleep on Sunday July 21st 2013. He was just 66. Willem was one of the best HF antenna specialists on the planet. I originally got to know him in the 1980's when he was running a CB magazine from his home office in Nieuwkoop. He was a regular contributor to the NOS radio programme Hobbyscoop. He was always full of stories and after a few interviews became a regular contributor to our tech show on Radio Netherlands called Media Network. As CB disappeared, he became more involved in developing radio products for both the amateur and professional markets. He had the most amazing set of test equipment, I have ever seen and a clear vision on what made a good, low noise antenna. In later life he teamed up with a company in Hoogeveen to produce antennas under the brand name RF Systems. He appears in this programme from 1995 about 15 minutes in.


Willem also collected Bakelite radios. At one point he had them displayed in the giant house he was living in a tiny village called De Steeg. It was a former school if I remember rightly. It had plenty of space for over 300 radios. Bakelite was an early form of plastic which brought radio to the people. When radios were first manufactured in the first twenty years of the last century, they looked more like an experiment in a physics laboratory than something which was designed to entertain. Then some firms started using a thermosetting phenol formaldehyde resin for their cases, formed from an elimination reaction of phenol with formaldehyde, usually with a wood flour filler. It was developed in 1907–1909 by Belgian chemist Dr. Leo Baekeland. Willem Bos had scoured the flea markets in the Netherlands in search of his passion for bakelite.

I went along with a microphone in 1998 to see the collection and made the following Media Network with him. He'd done all the research on the radios - and of course they had to work for them to be put on display. Great guy and a great friend of analogue radio. He will be missed. Thanks for all the stories Willem.