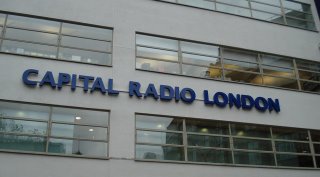 Sadly, the New York Radio & Promotion Festival has degenerated into a money making farce, getting worse every year. I notice press releases by winning stations fail to explain that this commercial company dishes out more than 130 awards/certificates in one evening - the event in NYC itself is one of the most disappointing celebrations in the business. It has grown into the world's largest -and most impersonal - certificate factory, and I am surprised people continue supporting it blindly. Enter enough programmes and you are almost guaranteed to win a prize. There are over 150 people listed on the site just as judges, yet the stations are almost exclusively from the English speaking world. So face it, winning Gold means very little these days. Oh, and the Radio and Promotion festival is only one of several others.

I guess that apart from the profit on bringing people to a NYC hotel, station's order duplicate trophies at a mere 189 dollars a time (sorry, shipping is extra). This is not the industry reflecting on itself. This is a money making machine - reminds me of the Who's Who nonsense in the 1990's. You would be nominated to be in "Who's Who in the World" - with an opportunity to buy the hard-back edition of that year. Along with bios of some famous people who didn't need to be in Who's Who, were a lot of entries from head librarians who felt they ought to be. Google must have killed their biz model. Who will finally speak up for the NY Festivals nonsense?