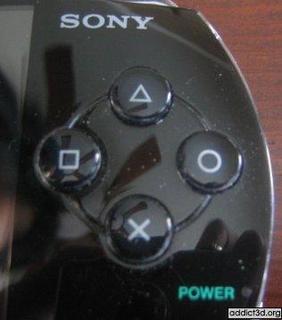 I've said it before in other public forums, Panasonic - but especially Sony - are becoming dinosaurs in many sectors of the consumer electronics and broadcast industry. It is the smaller companies that are perceived as innovative.

Sony showed in IFA Berlin that it has seriously lost its way. Like the buttons on some of the PSP controllers, they are stuck. In Berlin, Sony chucked some technology into a darkened room and hoped that the public would find a context for it. They sure don't understand it. Sony has persisted with its own in-house standards like ATRAC audio compression, when the outside world was screaming MP3. I'm keeping their fall 2005 catalogue as an example of how NOT to get concepts over to the public....every "new" technology feature is given its own brand name. People do not write this down and then go to the store with a list of techno brand names.

In the broadcast world, Sony has been a very traditional production company concentrating on television. They are very poor at integrating their solutions with other platforms - like new media and radio. They are much too expensive for what they deliver. Their only contribution to radio was the Sony Pro cassette recorder and a great pair of closed headphones. Sony Minidisc has been a great example of a fragile consumer technology misused by freelancers to try and work to professional standards. If you have Minidiscs, make sure you copy off the contents to another media (e.g. hard-disk) as soon as possible. Ten years from now you are not going to find a minidisc player to play this stuff back. Remember 5 1/4 inch floppy discs? By stating that the new Walkman Phones will not support ATRAC music formats, Sony effectively killed the Minidisc in March of this year.

BBC reports that Sony shares have lost two thirds of their value. In Thursday's trading, its share price fell 2.2%. I am curious to see what Sir Howard Stringer will do to put them back on the map - like no other.
Posted by Jonathan Marks at Thursday, September 22, 2005