After the Next Disaster? 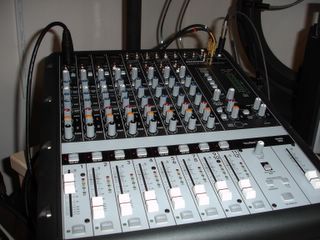 There is going to be another natural disaster. Someday, Some place. It may be the result of a tidal wave, or a medical crew trying to deal with an outbreak of human-bird flu viruses).

New Orleans, Sri Lanka, Banda Aceh.... the list goes on about how people need radio to recover from natural disasters. It is the lifeline when the phones go off as well as the power. After the tsuanami (remember that?) , local radio in places like Banda Aceh has been of great assistance in helping people to restore their faith in humanity and rebuild their lives. I am currently gathering information of "lessons learned", following up on several projects that started immediately following the Dec 26th Tsunami. Radio stations (and receivers) were donated by several organisations around the world, but what lessons have been learned now that some of these stations have been on the air for around 3-6 months. It is clear that from the people I have spoken to so far that stations need to be purely digital on the production side (i.e. computers instead of Mini-Disc), but good old-fashioned analogue on the distribution side (FM transmitters and simple FM wind-up radios).

The Red Cross and other disaster relief agencies have food-parcels stored in strategic locations around the world, ready to respond when the disaster strikes. But I have not seen "FM Radio Station" kits on stand-by, i.e. a complete FM station and, say, 5000 wind-up FM radios ready to go into an area to keep people informed as to what is happening and who is looking for who.

I am working on several "kits" that would be used to set up emergency FM stations after a natural disaster. It needs to be robust - but also cheap and no frills. After some experimentation, I am convinced that the simple analogue mixing desk from Mackie ( their 1220) is one of the best solutions - a mixing console for 738 Euros including local taxes in the Netherlands. It plugs straight into the wall (no transformer bricks) and works on anything between 100-240 volts, ideal if it has to work from a generator.

On the transmitter front, I have been impressed with Veronica transmitters in the UK (for really local work) and the BW Broadcast range of transmitters. The transmitters need to rugged but simple to maintain. I like the fact that if the power transistor in the BW range of FM transmitters should fail, it can simply be unscrewed by anyone and replaced...no soldering needed. It's more like replacing a fuse.

If you built these units into some strong flight cases , you should still be able to build an FM station to go for under Euros 9000. I am interested in other peoples' experiences too. Please add a comment below or drop me a line

Hello my name is Jane, few days ago i open my new blog. I would like to add your site to my blog, that I think and hope it will help inform visitors about your site. I select for it's quality your blog - structure, design and content. I would like to ask if you can provide me more, details, information about your site.
my blog is - http://myspainradio.blogspot.com/ and you can leave your information in the comments of this page http://myspainradio.blogspot.com/2008/04/radio-music-networks-blogs.html