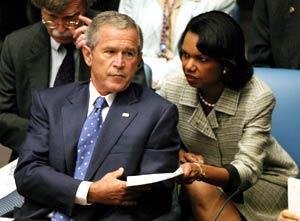 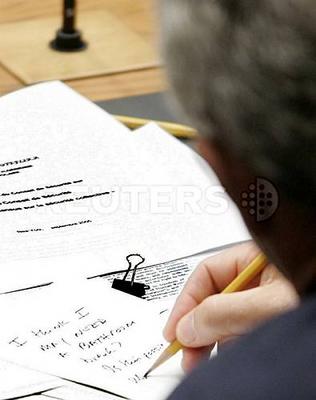 This Reuters photographer captured a very interesting note from Bush to Condoleeza during the UN Summitt. It isn't "photoshopped". The note says.

I think I may need a bathroom break. Is this possible?

Delegates thought it was another example of American arrogance -- US officials are notorious for leaving meetings in mid-session, especially at the General Assembly. Nope. He was on his bathroom break.