RNW One Year On - to the minute 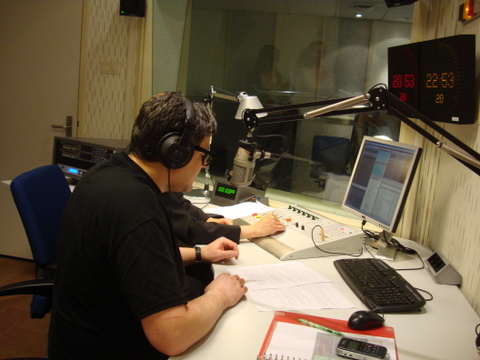 Most of my work these days is outside broadcast - and very much focussed on the future. But those who know me will know that I learn a lot about the future from studying the past, especially media's past. Something very spooky just happened this evening. Was sorting out some papers in the office and one sheet fell out of a pile and onto the floor. It was the page of the last day of transmission from Radio Netherlands, English department.

What was weird was that this happened exactly one year ago to the day they pulled the switch. It was 2253 local time on a Friday when Jonathan Groubert, above, made the last announcement from Continuity Studio 4. One year later, the entire main building is gutted as they rip out everything looking for remnants of asbestos. You can still listen to the final broadcast on the Media Network vintage radio site.

It' s eerie for those of us who spent so much time in the place, to see a chain on the gates that were always open. The claim was that the gates had opened in 1961 when the place opened and never needed a lock because transmissions happened round the clock. Until June 20th 2012 when most of it all stopped.

Radio Netherlands still exists, in a much slimmed down form. They moved in with their colleagues from the Radio Netherlands Training Centre next door, building an extra room on the first floor. I get invited to give guest lectures to the students on the broadcast journalism courses. And I must confess at being astounded by the advanced level of many of the students, especially from the commercial networks in India and parts of Africa. They are well ahead of the Netherlands in their integrated use of social media. It is often a case of what they can teach us! 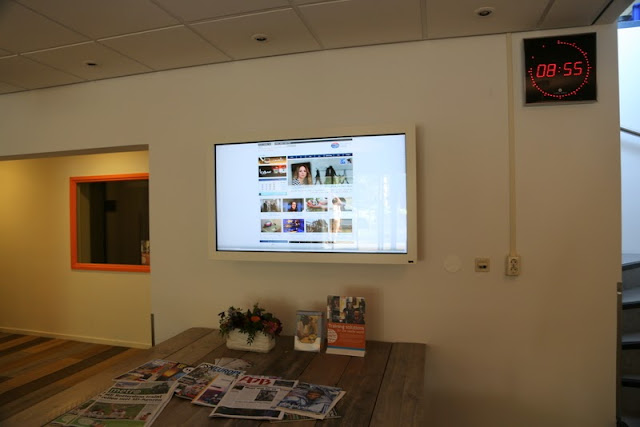