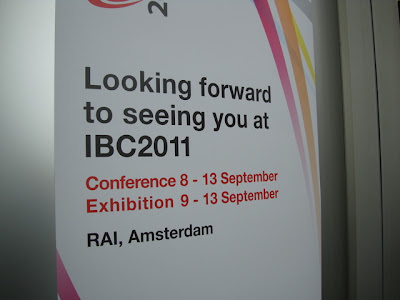 Just got off the phone with colleagues in the broadcast industry working in the US wondering if the International Broadcasting Convention (IBC) in Amsterdam is going to be worth the trip this year. My feeling is that if you are somehow involved in (re)-building a television network, then IBC is a great place to shop, compare prices, and ask difficult questions to vendors. You fight through the traffic jams for the exhibition.

But you can now safely ignore the conference. It's vastly overpriced and it is much too broad in scope. Whereas the exhibition is certainly international, the conference is very Anglo-centric to the point where the issues discussed are far more relevant to the Thames Valley than anywhere else on the planet. The exhibition and the conference have always been unhappy partners. Have you noticed how there is no mention of the conference in the exhibition halls - I presume because the stand holders want you to visit their stands, not wander off to some other distraction. So if you're shopping for stuff, then come to IBC. If you want to discuss your part of the business - and its interaction with social media platforms or gaming, then there are much better conferences and workshops for much less money than the IBC wants to charge. 1899 Euros on site for the Silver Pass, and 2999 for the VIP treatment (i.e. lunch in a special room and a "gift") must be difficult to justify for those working for tax-payer financed broadcasting organisations. Gone are the days when those selling broadcast equipment would jet around the world like they were movie stars. IBC should either cancel its attempts at running a conference, or move it to London at a separate time.

Because, let's face it, the IBC exhibition needs some maintenance too. The trade press covering the broadcast industry is happy to reprint advertorials - critical journalism in this sector has collapsed because the publishers aren't willing to commission any research or investigative reporting. They need to look sideways at what the Broadband, gaming or AV Industry has managed to develop. I find it incredible that they spend so much money on IBC-TV News, broadcasting to hotels in the Amsterdam area, and then just stick all the interviews in a list for the rest of the year. No context and dubious content does not attract an audience. Most of the interviews are examples of ego-TV and altogether it doesn't radiate to me that this is an industry doing well. Most of the items look like pretty desperate sales pitches in front of a company logo. Or have you had vastly different experiences? 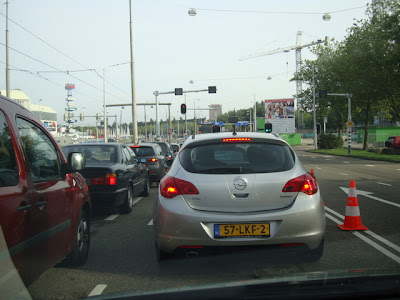 Hi Jonathan, This year will be my first visit to IBC (I'm shopping, not conferencing) - I've got 2 days planned for it, do you think that's enough? I'm wondering if I should extend my trip a little - I did 2 days at BVE in April and that was only just enough time for gawping at all the tech! thanks, Tom :)

If you're shopping, two days is plenty if you know the area you're interested in. Major difference between hardware and software halls. Do some research before you go so that you make a plan to do the interesting stuff on the first day and more wandering on the 2nd. Try and plan a route to avoid going from one end of the place to another and back again. That said, most of the companies are grouped together logically. It's the conference that's worth avoiding.

Yea, I am totally sick of the IBC. The last year I went, I was so bored with what was on offer, I decided to create a new persona and hang out in the satellite area. I was representing African countries trying to develop geosynchronous satellite launch capabilities and was interesting in partnering with Loral or Astra. Kept me mildly engaged for a few minutes ..