Smith-Mundt - Still Crazy after all these years

The US Broadcasting Board of Governors is clearly taking action to try and get the so-called Smith-Mundt Act changed. Viewed from this side of the Atlantic, the Smith-Mundt bill seems to be an archaic piece of law that is no longer relevant in an age of Internet and satellite. This complicated piece of legislation is explained in detail in this comprehensive piece by Matt Amstrong. Here are a few extracts:

In May 1947 the Smith-Mundt Bill was introduced to the House Committee on Foreign Affairs as the State Department. The House passed the bill in December and on January 7, 1948, the Senate Foreign Relations Committee, in recommending the Senate pass the legislation, stated that propaganda campaigns against the U.S. by Communists around the world called for “urgent, forthright, and dynamic measures to disseminate truth.” President Truman signed the bill into law on January 27, 1948.

Supporting the bill, Secretary of State George C. Marshall said that we must make known “what our motives are, what our actions have been and what we have done to assist peoples outside our borders. It is very hard for us here at home (in the USA) to comprehend the degree with which we are not comprehended and the degree with which we are misrepresented.”

The Act originally read that the Secretary of State is “authorized…to provide for the preparation, and dissemination abroad, of information” about the U.S. through various mediums and means. This material was to be available “for examination” in the U.S. by the media and
Congress.

This changed in 1972 when Senator J. William Fulbright (D-AR) argued America’s international broadcasting should take its “rightful place in the graveyard of Cold War relics” as he successfully amended the Act to read that any program material “shall not be disseminated” within the U.S. and that material shall be available “for examination only” to the media, academia, and Congress (P.L. 95-352 Sec. 204). In 1985, Senator Edward Zorinsky (D-NE) declared
USIA would be no different than an organ of Soviet propaganda if its products were to be available domestically. The Act was amended to read: “no program material prepared by the United States Information Agency shall be distributed within the United States” (P.L. 99-93). At least one court interpreted this language to mean USIA products were to be exempt from Freedom of Information Act requests. In response, the Act was amended again in 1990 to permit domestic distribution of program material “12 years after the initial dissemination” abroad.

Not sure where they got the 12 years from. Back to the present.

Executive Director of the BBG Jeff Trimble briefed the Advisory Commission on Public Diplomacy on July 12th about the Board's position on Smith-Mundt, particularly seeking to repeal the ban on domestic dissemination of BBG broadcast material. Trimble argued that in a global media environment where U.S. international broadcasting stories go viral, are picked up by media competitors and aggregators, and often are played back to the U.S. public, a new examination of Smith-Mundt is very much in order. For example, in the aftermath of the earthquake in Haiti, BBG worked with Sirius satellite radio on a proposal to make VOA Creole products available on radios to be donated by Sirius to Haitian citizens. This required Congressional approval as these broadcasts were then also available to U.S. audiences although they were not targeted to them.

I wonder whether the BBG will encourage US international broadcasting to build international bridges between stations in the US and stations in other parts of the world? Say VOA did a live call-in programme involving a station in San Francisco, a station in Colombia, and its network of VOA affiliates elsewhere in Latin America. Can the station in San Francisco broadcast the programme locally? Can VOA make use of the huddle in Google+ like KOMU in Missouri has started doing? In other words, can there be editorial collaboration as well as distribution under the new Smith-Mundt? 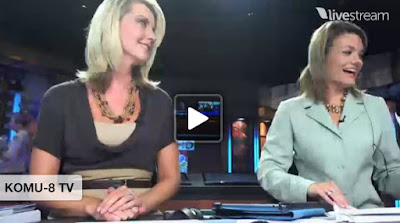 Email ThisBlogThis!Share to TwitterShare to FacebookShare to Pinterest
Labels: #USIB, US BBG