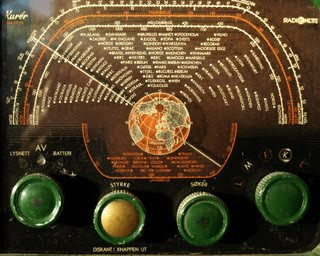 I have been fortunate to be able to listen again to a great series of programmes I was involved in. The station was Radio Netherlands, the programme Media Network. I still believe it was an early "FaceBook" bringing together teams of passionate people to discuss what was happening in media and technology at the time.

I picked this recording out of the archives because it has a nice capsule summary of the major media stories from 1982. The highlight was, of course, the Falklands-Malvinas "conflict". But it was also the last programme in which Wim van Amstel appeared as RNW Frequency Manager. It was certainly not the last time he was heard on the programme, though. Again it is striking to hear some of the predictions - and how they were spot on. The call with Arthur Cushen in New Zealand is rather like making contact with the moon. Cannot believe how fast time has flown. At the time of publishing this podcast, I was also sad to hear of the passing of BBC correspondent and broadcaster Brian Hanrahan, who famous line when broadcasting under censorship from the Falklands Fleet was brilliant. Unable to reveal how many British aircraft had been involved in the conflict, he reported that after one sortie he "counted them all out and I counted them all back."
Posted by Jonathan Marks at Saturday, December 25, 2010