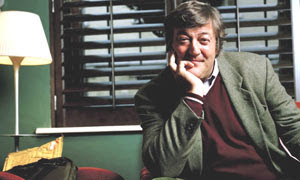 I don’t know who is in charge of recruitment or marketing at Philips, but they need a rapid injection of talent, imagination, flair and understanding, or in this sector at least they’ll rapidly go under.

Didn't know that Stephen Fry, the British actor, author and famous host of the Qi TV show is a total gadget freek. That might explain why his voice is inside a mantel-piece clock I have in the office. He writes such stupendous stuff too, in a style that helps rather than confuses. He also doesn't like the Streamium line of badly designed wifi devices that supposedly interact. Philips is still having huge problems interacting with its audience of consumers. They put the Social media experimental blog in the marketing department - so any efforts to contact the designers is doomed. You're conversing with an advertising department. Now there are lower forms of life (amoeba, estate agents and lawyers) but ad agencies are pretty near the bottom rung of human life forms. Why waste time trying to communicate with them?
Posted by Jonathan Marks at Sunday, December 16, 2007