Does America need the Voice of America? 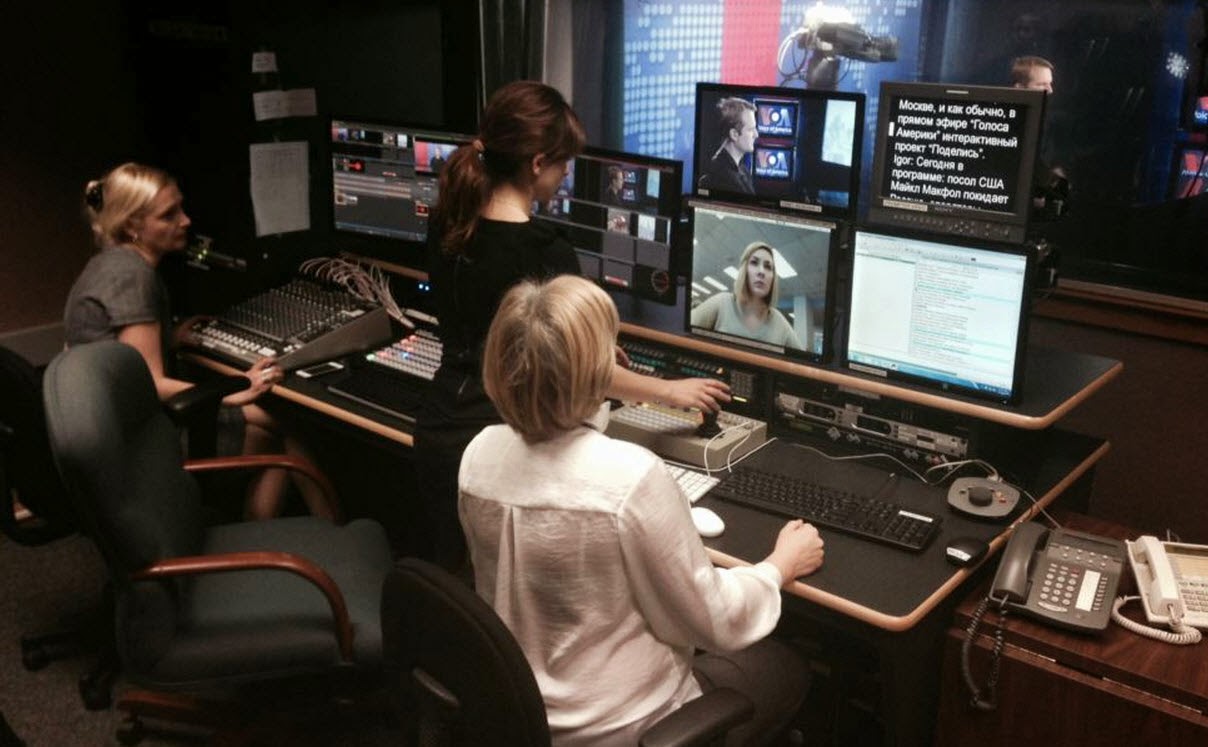 I think it did, when VOA went on the air during the Second World War in 1942 - several months after the US entered the Second World War. But remember, the US government first went to Hollywood studios before it created VOA. Hollywood supported the war effort by making patriotic movies designed to raise the nation's morale. They often portrayed the combatants in very simplistic terms: Americans and their allies were heroes, and everyone else was a villain. Norway, France, Czechoslovakia, and England were all good because they had been invaded or victimized by Nazi Germany. On the other hand, Poland, was portrayed in a negative light.

I've been to Prague, Warsaw, Brno and Budapest and heard first hand from people who relied on VOA and Radio Free Europe for news from the outside world and what was going on around them. But they refer to listening well before the collapse of the Berlin Wall in November 1989.

VOA was created in era of information scarcity. It was certainly trusted in Eastern Europe, because there wasn't much else to trust. Decades later, I believe most American's don't know that VOA is still going, though in the last few years it seems to be struggling internally. The problem, as I see it, is that VOA has got lost in a heated spiralling discussion about distribution of radio programmes. How should they be pushed to new audiences who no longer listen to shortwave radio?

Meanwhile, everything has happened around the VOA.

The White House has started its own media relations operation direct to the public. Hillary Clinton not only complained that US International broadcasting was dysfunctional during her recent time in office, but she set up various units within the US State Department to understand and use social media platforms as they developed. We saw the arise of platforms like techwomen.org. And other parts of the US State Department were mandated to "correct" factual errors that appeared in the international media. This meant actively participating in on-line forums, some of whom were run by broadcasters like Al Jazeera. Or putting up a spokesperson to explain America's viewpoint on local or regional media. 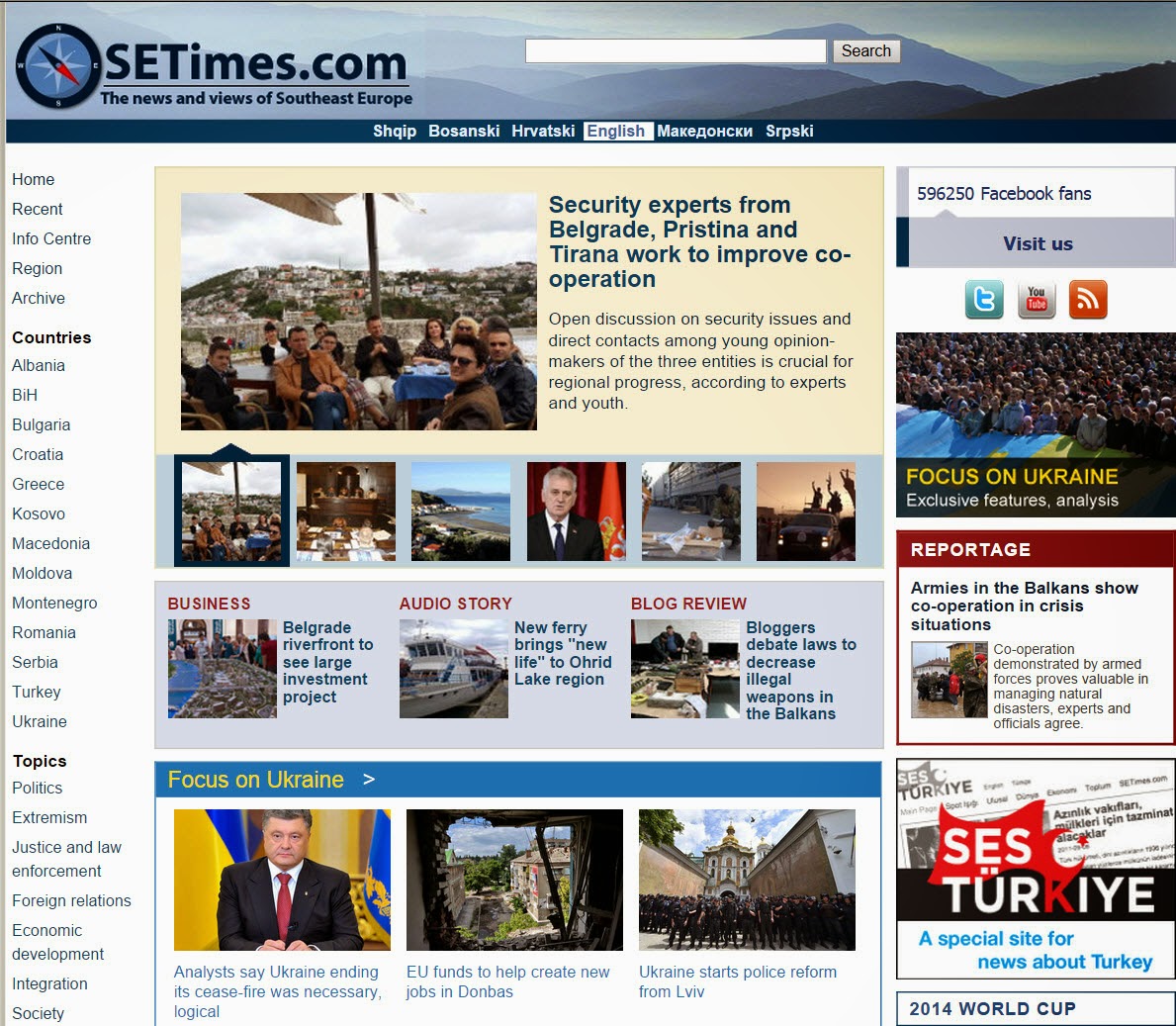 Let's not forget the US Department of Defense has its own media campaigns, either running radio or TV stations or complete websites like the SouthEast European Times. There are similar operations running in the Middle East and Latin America. You have to look hard to see that the Pentagon is funding it.

VOA exists today in a world where 100 hours of video are being uploaded to YouTube every minute of every day. Every social media platform offers its own selection of newsfeeds. VOA's competitors are not the BBC, France 24 or Al Jazeera. It's Google Now, Yahoo, Huffington Post, The Atlantic, Washington Post, New York Times, etc, etc. Is there any aspect of American life I cannot get from other sources? If not, why are US taxpayers footing the bill for a production house that's being put under even more pressure to tell only part of America's story....the government's foreign policy line.
Sadly, VOA is living in a time-warp. It's TV efforts look very much like radio with pictures. Look at this clip, broadcast on July 4th 2014. It looks like a local TV newscast from the 1970's, both in style and camera work. No-one it scored only a couple of hundred views - No-one knows it is there!

Compare that with the style of a news magazine show on Russia Today, the Russian government's external broadcaster. These guys have beaten US International broadcasting at their own game, not only using their own satellite distribution system, but becoming a controversial news source on platforms like Facebook and YouTube.

The tragedy is that people have been discussing the future of US International media for the last couple of decades. I think the most comprehensive analysis was presented last year, lead by Gene Parta and Ross Johnson. But the discussion in Washington DC is always about structure, never about the real audience-information need. Meanwhile others eat VOA's lunch.

Conclusion: USIB is far too lethargic to survive on its own. It needs to answer the question: If USIB did not exist today, why on earth would it be created? How is it part of an integrated effort to share America's values and influence others? If it doesn't have a powerful set of answers, then it's time to celebrate a job well done and cue the Yankee Doodle signature tune. 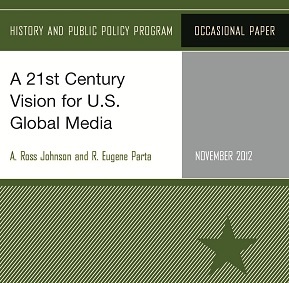 Email ThisBlogThis!Share to TwitterShare to FacebookShare to Pinterest
Labels: end of the voice of america