BBC starts to really integrate BBC World Service into the rest of BBC. 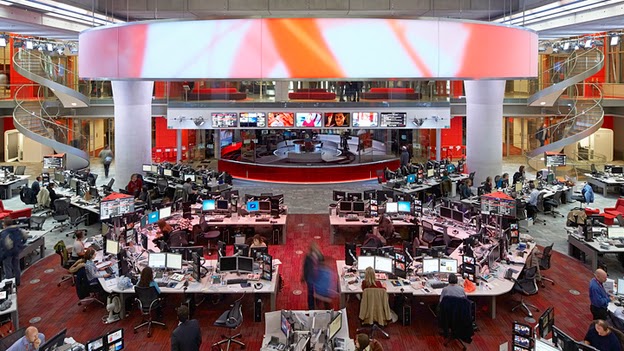 As Radio Australia is devastated by savage budget cuts, so BBC announces an extra 5 million pounds to the budget of BBC World Service.

We are increasing the World Service Budget from £245 million this year to around £250 million by 2016/17. We will recreate the position of Controller, World Service English, to lead World Service radio editorially. We will make savings to reinvest in new languages TV and digital priorities and manage inflation, in line with the ‘invest to innovate’ strategy announced earlier this year.

They are combining the editorial teams of several UK domestic programmes with some of the flagship shows on BBC World Service. This makes perfect sense providing they realise they are working for different audiences and use the relevant expertise from both teams. The best way to organise this is to define different audiences, but ensure easy sharing of all raw materials. And make sure BBC World Service material is as easy to find as their domestic colleagues. That is not presently the case. But one point concerns me: that some correspondents posts will close. Perhaps they plan to use (cheaper) freelancers instead? Not clear how they are going to save 48 million pounds in the process.

Newsgathering – Plans are for a reshaped Newsgathering operation, involving smaller and more agile reporting teams. The World Affairs Unit, based in London, will become a smaller specialised hub; a single general reporting team is proposed; and a number of correspondent and production posts are expected to close.

It seems World Have Your Say will end in March 2015. Wonder what will happen to BBC WS Newsday programme?
Posted by Jonathan Marks at Thursday, July 17, 2014