Starting the Year in Reykjavik

In previous centuries, I have been known to mess around with the radio on New Years Eve, listening to stations in other countries herald in the New Year. But I note an increasing number of stations have stopped doing this, preferring to let pre-recorded greetings play out from their computer systems while they party themselves (presumably). Time to try something different.

So this year, while digitizing another batch of Media Network shows from the last century (which can be found here), I've been looking at various webcams with live pictures. So far, this is one of my favourite. Live pictures from Iceland, including a feed from the capital city.

Wherever you are, I wish you a Happy New Year for all of 2012. May the great ideas blossom. 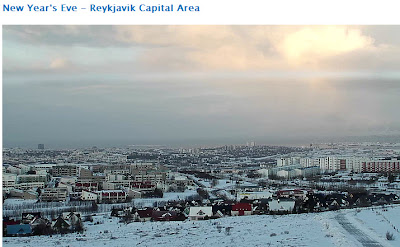