PICNIC 2012 veers off in totally the wrong direction 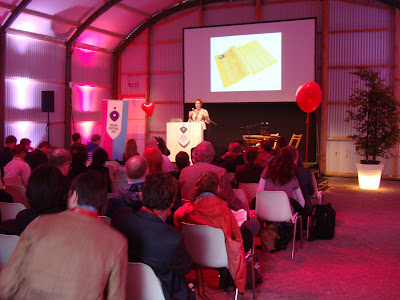 Picnic used to be this kinda funky emerging-media festival, where geeks, advocacy groups, technology companies and other people from the creative sector got together to discuss the state of the world and what they were going to do to change it. The attraction for me was the variety - the fact that I got to meet people outside my own comfort zone and was stimulated to think differently.

But times changed and the atmosphere of fun and creativity escaped as fast as the government subsidy evaporated. This past year was a very mixed bag. A new, experimental, location in Amsterdam North docklands turned out to be a fresh approach to original location in the converted gasworks. It was about time it moved. But the new concept was extremely vulnerable to the weather. And this year the weather was rubbish for two of the three days. The event seems to favour volunteer bloggers who write about the event not about the issues. Event journalism isn't working, especially if you don't bother to research the topic before the speech. For most people, if you weren't there, you don't care. Compare the Picnic video of BMW talking about the electric car with the way Renault presented the same subject of mobility at LeWeb2011.

No contest.  I lugged a camera around for a while, then gave up when I saw there wasn't a quiet location on site where I could capture anything worthwhile. The wind outside was horrendous.

There were also strange partner events like the Green Challenge (who give away an obscene 500,000 Euro) and the Picnic Transmission Event Number 4 organised by Amsterdam Partners, AIM/Creative Amsterdam, City of Amsterdam, Chamber of Commerce Amsterdam and KennisKring Amsterdam. This bizarre event, which couldn't make up its mind which language to operate in, simply sent the message that if you wanted to be successful, forget Amsterdam, find cheap labour in Eastern Europe and then cuddle up to the US traditional media and techblogs. I was left dumbfounded at the end.

Just got the Picnic newsletter for Christmas and New Year 2012. Seems to me they're now heading off into the completely wrong direction, i.e. organising events for start-ups, an area in which they have absolutely no experience. The majority of the pitches I saw at Picnic 2011 were well below the international average. Those taking part weren't interested in preparing for the event...they had an idea, a Prezzi - Powerpoint, and no clue about how to turn this into a business. Those from the private sector had a point in saying that because of the lack of selection criteria, sections of Picnic have become a waste of public money.

So now there will be a Picnic Marketplace in Amsterdam April 12th and 13th 2012. It will be the place where "promising start ups and SMEs from the Netherlands, Europe and abroad will showcase their products and services and, along with event attendees, participate in matchmaking, business development and co-creation activities. Because it’s PICNIC, expect loads of fun, unexpected twists and surprising contributions from our partners".

Then on 25, 26, 27th April there is the Next Web Conference in Amsterdam which usually attracts around 1800 people to do exactly the same thing. And, if past experience is anything to go by, it will do it much better.

In the meantime we're seeing a mini explosion in organisations that believe they can coach start-ups and match them with investors - a couple are world-class, the majority are rubbish money-making machines. There is no middle ground.

So will the Picnic Marketplace manage to carve its own niche and shout above the masses? My bet is that it won't - in fact it hasn't got a hope in hell. They need to seriously examine the core successes of Picnic in the era around 2006/2007. But it may well be that with the collapse of the European financial markets, a different, smaller and more effective approach is needed. And that needs a content strategy that lasts longer than a couple of days in the spring. Picnic was fun when it had flair...like below in 2007. 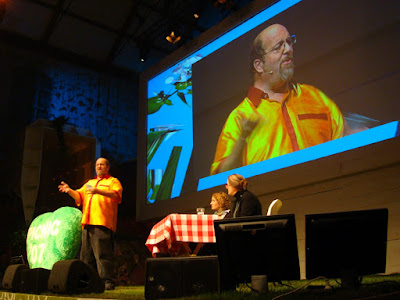 Email ThisBlogThis!Share to TwitterShare to FacebookShare to Pinterest
Labels: picnic