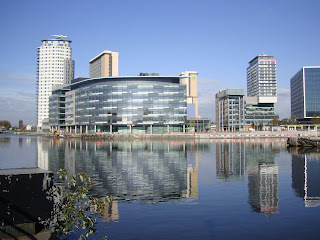 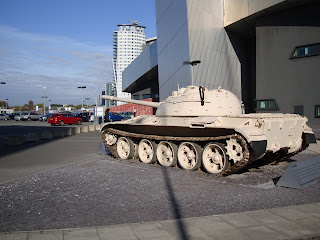 These two photos were taken not far from each other at Salford. One is taken from the back of the Imperial War Museum North looking across the canal to the new BBC Media City. The other was taken infront of the Imperial War Museum where you can just see the same BBC tower - behind the Russian tank infront of the IWMN. Great scenario for a piece of fictional drama. Traditionally, those organising a coup have usually headed to the national radio or TV station.

Why not join the MediaCityUK Group at: http://www.linkedin.com/groups?mostPopular=&gid=79227