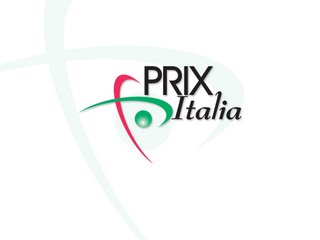 Prix Italia is the oldest radio, TV and web prize giving in the world. It costs over 1 million Euro to organize, and Italian pubcaster RAI foots most of the bill. This year the contest nearly didn't happen, because until the change of the Italian government, Berlusconi's people at RAI tried to kill it. I've just taken part in an interesting series of workshops where we discussed the future of web and radio. I was amazed that the BBC is further than I thought with the development of new interfaces to replace the old radio dial. The people at Prix Italia fall into two groups...those who feel the web is the enemy and those who believe that history begins tomorrow. The latter understand that radio urgently needs to find ways to make content searchable and that there are websites that have more traffic now that entire broadcast networks. If you snooze you lose. It would be great if Prix Italia 2.0 would also work out ways to share the experiences of the leading broadcast/web producers. I don't buy any DVD unless there is a directors' commentary on it. If I see a shot that enthralls me, I am always curious on how it was made. Wandering around Prix Italia I am confronted by creative radio/TV producers who would love to do more 'non-linear' story telling, but have no idea where to start...what software? what works? Some master classes and/tricks of the trade needed here.
Posted by Jonathan Marks at Thursday, September 28, 2006