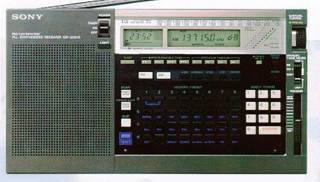 Still a great radio. You can often find used ones on ebay. The first radio that really made shortwave worth listening to.

I bought mine a week after it was released and I still have it. Still works fine, too.

my daddy was an ambassadore and he passed away since 92 and i found this one in his baggage ,its new :)
nice to see people still use this