Ted Talk on the Flu Pandemic

This video from the TED conference is though it was recorded yesterday. It looks back to what we can learn from 1918. But it certainly has a very different take on what we're getting on the mainstream newsmedia. So are we ready? Not in the least. The number one side effect of TamiFlu is flu like symptoms. I wish that more journalists were asking these questions - and that broadcast sites kept their overview a little longer than a few days. The latest tracker is here at http://flutracker.rhizalabs.com/. I'm starting to suspect this is simply a dress rehearsal for something much worse to come. The over-reaction of the Chinese government concerns me the most. It is unusual in the sense that they have had more time to prepare than the avian flu. But the ability of the scientists to communicate timely information to the general public is pretty poor in most countries. 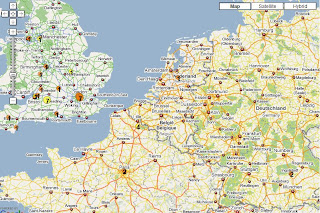