The Future of BBC World Service discussed on BBC Radio 4

I managed to get a name check into the latest edition of Feedback, the listener response programme on BBC Radio 4. It's actually a much better programme than "Over to You" on BBC World Service, which is often a 9-minute breathless summary which seems to end before it starts. Feedback is an intelligent 25 minutes. You can download it as a podcast and keep it. 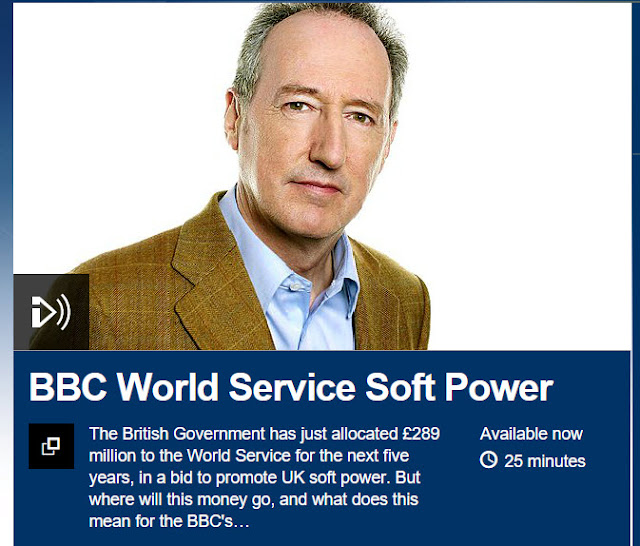 This is what I sent:

Hello. My name is Jonathan Marks and I’m based near Amsterdam, The Netherlands. But I’m often travelling. I listen to a wide range of BBC output on a tablet, including World Service.

It is good news that the British government finally understands the value and influence of independent journalism, especially at a time when many foreign media are closing bureaus abroad to cut costs.

I think it’s important that the BBC World service uses the right media mix to serve a wide variety of audiences. Shortwave radio still makes sense in Somalia and Northern Nigeria, whereas TV and mobile is the way forward in places like India and Russia.


I think the weakest network now is BBC World service radio in English which is a shadow of its former self 5 years ago. Whilst a rolling news service on TV makes sense, why not bring WS radio much closer to the output of BBC Radio 4. Cherry pick from the best science, business arts and documentaries – contribute the better world service productions like Click, the forum, and from our own correspondent, don’t meddle the sports, and then make much better use of your archive. The BBC spends an enormous amount of money making some excellent projects on the history of Africa, the Amazon river, climate change. And yet there are quickly gone from BBC website which could be so much more effective….and few people in the UK know they were ever made because the search function is awful.

So I’d like to know what is the World Service group going to do with BBC Media Action, which has grown into a separate production and training agency with its own annual budget of 40 million pounds and claims a reach of 200 million listeners? Any why can’t the BBC make better use of its Monitoring Service in Caversham? I think World service with a single vision would be more effective than a the current fragmented BBC "group"…..
Posted by Jonathan Marks at Sunday, December 06, 2015