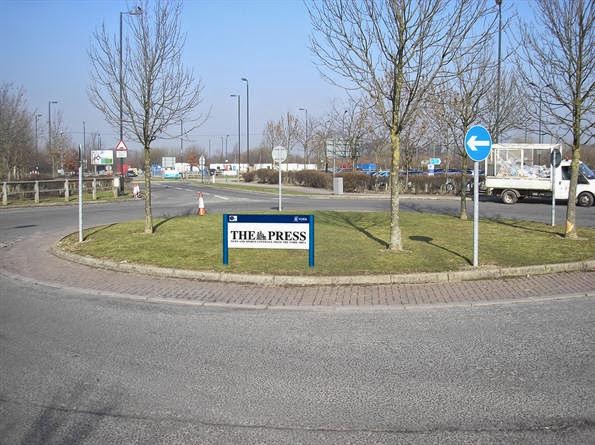 I know from searching on line that it is not uncommon for someone to sponsor a roundabout in the UK, putting a billboard up to thank the sponsor. But I note that non-stop music station Sky Radio has come up with a far more strategic sign on the roundabout in-front of the Dutch media park in Hilversum. If you have to stop for on-coming traffic, you can't help but see the Sky-sign because it is next to the roadsign. Clever, though I suppose its effectiveness depends on how many people can read the simple slogan. Does it encourage them to switch station?  Skyradio is actually based in the next town, so having this subtle presence in front of the media park, is rather smart I thought. There's a sign at each entrance to the roundabout. Anyone spotted radio ads on roundabouts before? 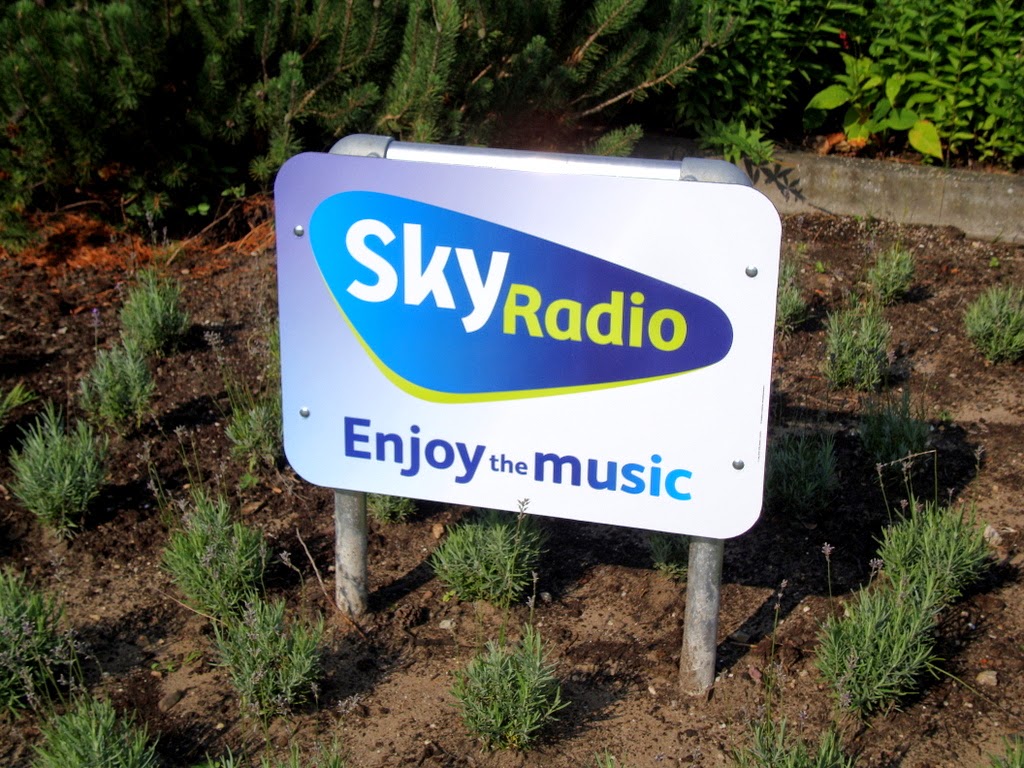 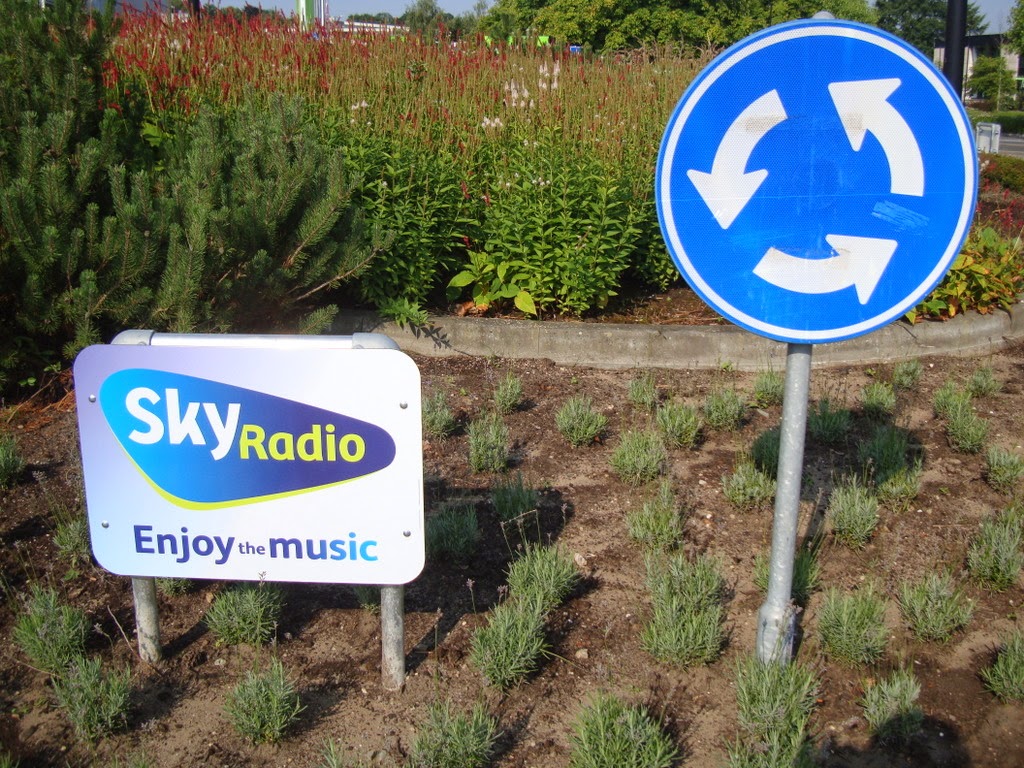 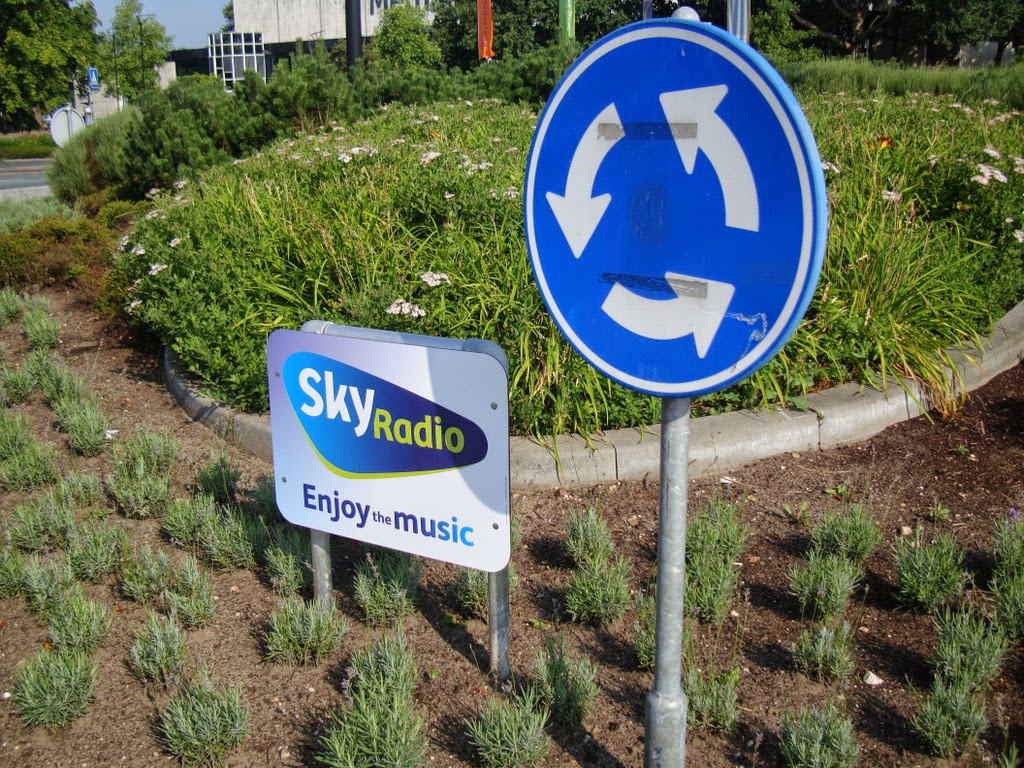 Email ThisBlogThis!Share to TwitterShare to FacebookShare to Pinterest
Labels: roundabout