Transport of Delight - a personal discovery 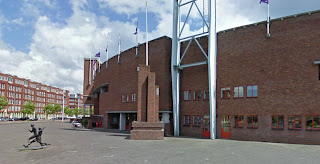 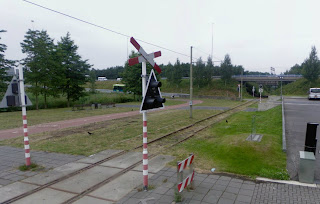 Arrived too early for an appointment on a glorious day in Amsterdam. Since we haven't been blessed with this much sun in a long time, I took a stroll south of the former Olympic Stadium in the direction of some beautiful houseboats moored along the side of a small lake.

That's when I did a double-take. Wasn't that a Viennese tram stop by the side of what looked like a disused railway track? Yes, it definitely was. Stuck on a lamp-post nearby was a clue, in the form of a tram timetable for the Amsterdam Historic TramLine. It seems they have no less than 7 kms of track, most of it running through the Amsterdam Woods area in the South of Amsterdam and Amstelveen. They have vintage trams for various European cities, including ones I recognise from Vienna and Prague. Actually the website doesn't do anything like justice to what they have collected. And the site goes crazy if you try to select the English option. I guess the volunteers have better things to do - like running a tram service. 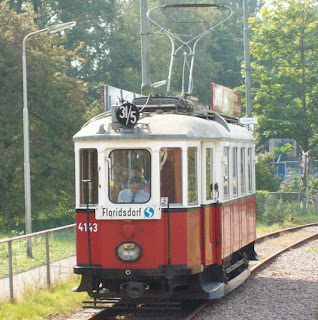 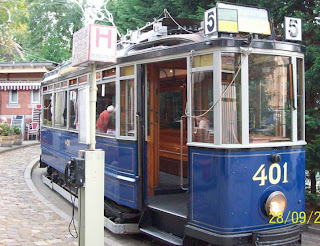 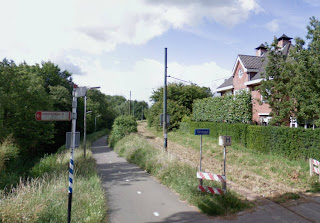 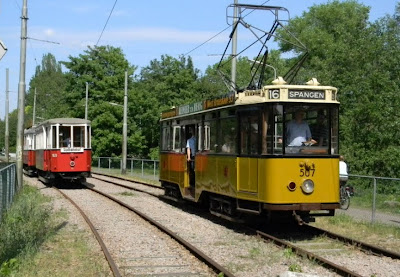 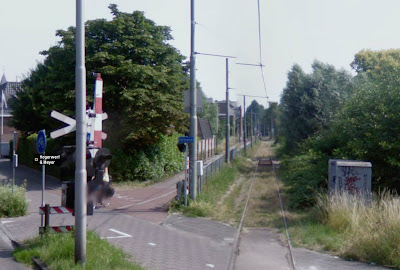 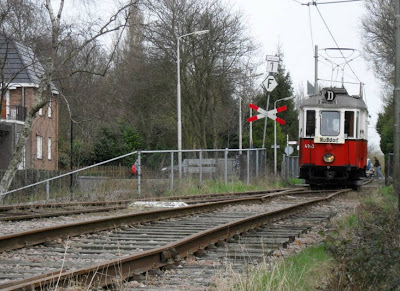 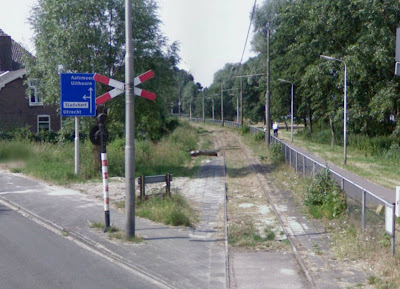 They maintain a regular service throughout the summer and certain holidays. But the reason I have never discovered this before is simply that it's a Sunday only service and I have never been to that part of Amsterdam on a Sunday, except for the Labor Day weekend BBQ from the American Business Club. Must make a note to make a date - and take the camera. They charge 4 Euro for a round-trip or 10 Euro for a day-pass. That must be the best bargain in Amsterdam, bearing in mind parking in the city centre now costs a staggering 55 Euro a day. Google Streetview allows you follow the tracks from Amstelveen as it snakes northward and eventually into Amsterdam Haarlemermeer station. It seems that a few of the vintage vehicles also ride through the city centre on Line 20 on Sunday afternoons. They charge real money and give out real tickets. Which is a welcome relief to the new fangled RFID cards which are now used on all public transport.
Posted by Jonathan Marks at Saturday, August 06, 2011

They maintain a regular service throughout the summer and certain holidays.
Packers Movers