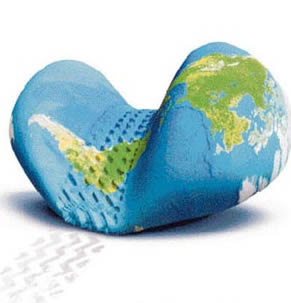 This global economic meltdown in late 2008 is affecting the media industry as much as the financial sector. However, remember that there will be winners as well as losers. In the previous dot-domb era just after September 11th 2001, several great media companies did very well. Why?

They understood the needs of their audience and had a clear, sustainable focus on what they wanted to do. They prospered in difficult times. It is no different now.

My most recent commissions have been helping companies restructure their ways of being creative. Forget the term "new" media. We live in an era of now media...for most of us digital switch-over has happened!

There have already been plenty of experiments with emerging technology to know what works, what has potential for success and what should be shut down as soon as possible to save resources for better ideas. The problem for most companies is not introducing new ideas. Instead many media companies are drowning in their legacy, trapped by self-imposed routines. This weighs them down to the point of disaster by an inability to shake off the old ideas.

Fear is the biggest barrier to creative change. For some programmes genre's, audience involvement is becoming an excellent way to gain both awareness and trust. I mean audience in the research and production stage, not just when the material has been shot and edited. Providing access to great ideas is becoming more and more important - especially if the audience has already paid for the material through taxation
Posted by Jonathan Marks at Saturday, October 25, 2008