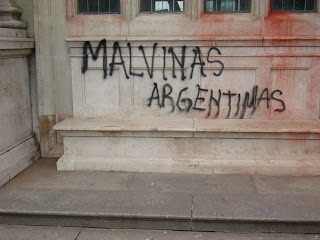 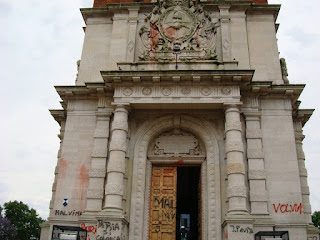 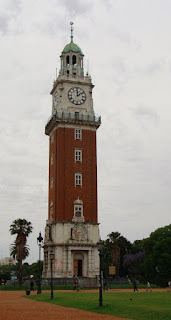 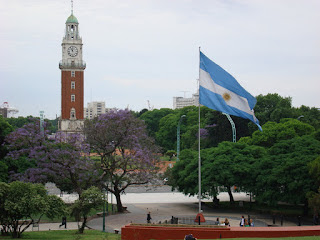 This tower was originally a gift to Argentina from the local British community as part of the 1910 centennial celebrations of Argentine independence. The clock is a Big Ben look alike and the bell-tower at the top used to perform the "Westminster Chimes" but that was silenced with the outbreak of the Falklands-Malvinas conflict in 1982. On my first visit to Argentina 8 years ago, I remember you could take a lift to the sixth floor, 35 metres up. But today the lift is out of action and there doesn't seem to be a great hurry to do any restoration work. The tower is marked as the "ex Torre de los Ingleses" on one map, or Torre Monumental on official brochures.