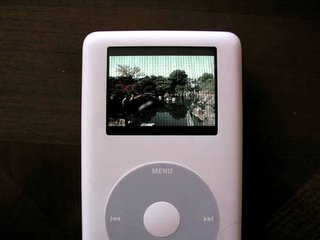 This year it will be 25 years since Radio Netherlands launched the name "Media Network" , a tech-media show to replace "DX Juke Box". The audio version ran on the radio for nearly 20 years, ending in October 2000. The web version started around 10 years ago and still exists as an important broadcasting news source.

I am no longer with Radio Netherlands. But I have been talking to the current editor Andy Sennitt whether this some way we should celebrate the 25th. We've been following the success of This Week in Tech, which rose from the ashes of Tech TV. Perhaps there is an interest in starting a "Media Network" style podcast, with more of a European perspective on things. It could either be a one-off (connected with the 25th) or a series.

Interested either in taking part or listening in? You can help us by leaving comments or dropping me an e-mail. See the company switchboard for details
Posted by Jonathan Marks at Thursday, January 19, 2006

A media network podcast would ROCK! Especially if as well produced as the original.

Thanks for the compliment. I see the weblog is still read in DX circles...Nice.

Not going to be as easy as it seems.
The audio part is simple and you can do q an a over skype, even the Russian podfather has skype.

Time doesn't diminish the affection we all had for "DX Jukebox/Media Network". Bring on the celebrations and memories!
Bryan Clark, Auckland NZ

I'd enjoy a Media Network podcast. But what I'd really enjoy would be being able to download and/or purchase the Media Network and Happy Station archive from RNW. Hey, I can dream. :-)

Greetings from Egypt :) , I still remember listenning to Jonathan and Diana as well from RNW in Mid 80's.....days go by..but memories remain in the heart and mind :)
I gotta say the new technology for this part of the world is pretty expensive - wish I could have an i Pod - but that'd cost me alot . so I say why don't we have a Special show on the usual way..I mean SW ;)

You can play an MP 3 podcast on any computer that can play an MP 3 file. Yeah haveing an IPOD is nice but I am putting my money eleswhere right now.
I'd say there is about six years worth of catching up to do, the when we last left you..and today.. Trust me a lot has happened...
Let alone what happened to Victor and his country last year that they are still recovering from.
However this does get me to thinking that perhaps a WNYW podcast could be forth coming if Les Marshak would agree.