So what was the problem? 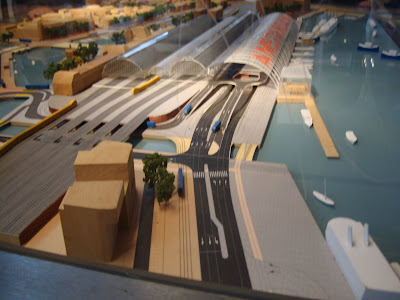 Suppose I suggested to you that your city needed another 9 km of underground. And that the project would start in 2003 and be ready 14 years later, 16 if you really are concerned about the final details. And that the bill would be 3.1 billion Euro, so that you could shave off a massive 15 minutes for a journey to the centre of Amsterdam from Central Station on the North Side. You'd say it was a bonkers scheme would'nt you? Well, that's what they're doing in the centre of Amsterdam. During IBC I have wondered what the hell is taking so long and why the roads are such a dangerous mess around the exhibition cente. There's an exhibition centre on the side of Amsterdam central station with brochures in English and Dutch explaining how they are really working on the 10th Great Wonder of the World. Except the brochures don't say what its costing, when it will be finished and what was the problem they were really trying to solve. The wikipedia entry is actually a more balanced view of what looks like a classic case of engineers on steroids. Imagine the disruption to businesses near this gaping hole.

For half that money they could afford to hire movie stars to give away free coffee on golden trams which would be so enjoyable you'd wish the journey took longer. Or am I missing something here?