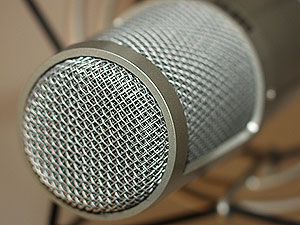 I am in the processes of reworking the Broadcasters Without Borders wiki, especially since there is clearly a need for information within LOCAL communities immediately after - indeed for some time after a major disaster. So this wiki, started in December 2004, is still being maintained to track how aid and training donated by broadcasters is still being used.

I have been inspired to do so following response from broadcasters and NGO's and the fact that this site continues to draw traffic. There have also been recent (May 2006) articles in the press calling for more coordination between broadcasters following the earthquake in Yogyakarta and recent floods in Surinam. On Saturday May 27th 2006, an earthquake of 6,2 magnitude shook Java island in Indonesia. More than 5,000 people died, according to UN agencies, around 20,000 people had been injured and some 200,000 people left homeless. Since the main quake, there have been more than 450 aftershocks. Rain and lack of electricity have hampered the rescue efforts. About 35,000 buildings in and around Yogyakarta were reduced to rubble.

The quarterly magazine (issue 33) published by the UK government department DFID contained several articles looking at how information can empower local communities. The on-line version should be up on the web soon. The issue contains interesting quotes from the first chapter of the World Disasters Handbook 2005 issued by the International Federation Committees Red Cross and Red Crescent Societies. The key word here is "coordination".

"Another lesson from past disasters – including the tsunami – is that poor coordination between agencies in the field leads to duplication of assessments. Less than a quarter of the 200 agencies present in Aceh a month after the tsunami had provided UN coordinators with activity reports. International agencies are bad at sharing information with themselves, let alone with disaster-affected people. But civil society in affected areas can lead the way. In south India, for example, local NGOs set up the Nagapattinam coordination cell to capture and convey information between 100 tsunami-affected villages and disaster agencies.

During disaster response, consultation and transparency are key principles governing relations between aid agencies and survivors. However, evaluators of the tsunami response in Aceh found no consistent consultation with beneficiaries. Relief workers were unsure what kinds of information should be shared, especially with traumatized populations. Communication was undermined by the perceived urgency of the response, high amounts of ‘unrestricted’ funds available, lack of strategic planning, the need to quickly stake claim to ‘operating niches’, and limited knowledge of how to consult local populations or why it was important."

The United Kingdom’s Department for International Development (DFID) has also published a new policy paper entitled “Reducing the Risk of Disasters” that sets out ways to save lives and reduce the devastation caused by disasters. In 2005, DFID announced that in future, 10 per cent of funds spent on disaster relief will be invested in initiatives to reduce the impact of disasters.

We have also been inspired by the work of the International Strategy for Disaster Reduction, which is a global framework for action with the objective of reducing human, socialeconomic and environmental losses due to natural hazards and related technological and environmental phenomena. In other words....it aims at building disaster resilient communities by promoting increased awareness of the importance of disaster reduction as an integral component of sustainable development. This speech from US President Bill Clinton in March 2006 also gives food for thought.
Posted by Jonathan Marks at Sunday, June 04, 2006